Do Adjustable Beds Help with Snoring?

What Better Way To Promote Politics and Presidents’ Day Than By Putting Everyone To Sleep With a Mattress Sale!

In honor of Presidents’ Day, Fred’s Beds is hosting a one of a kind, mattress sale! Okay so yes it may seem a bit strange to celebrate a national holiday with great mattress deals, but even George Washington deserved a great bed to sleep on. So, in honor of all the presidents who served our country and lost A LOT of sleep doing it, the Fred’s Beds team thought we would give everyone the chance for a good night’s sleep and, give you a little history lesson as well.

What is Presidents Day (and why a Mattress Sale)?

When did it change from George Washington’s Birthday to Presidents’ Day (and what about the mattress sale)?

In the late 1960s Congress in a move to allow for more three-day weekends for the nation’s workers, Senator Robert McClory of Illinois presented what is now known as the Uniform Federal Holidays Act of 1971. The idea being that be moving several national holidays to predefined Mondays of each year, this would provide workers with more opportunities for time off and reduce absenteeism.

Washington’s Birthday (February 22), officially took up residence on the third Monday of February. In addition, the holiday also was combined with Abraham Lincoln’s Birthday (February 12) to represent Presidents’ Day.  Columbus Day, Memorial Day and Veterans Day were also moved from their original dates but Veterans’ Day was officially moved back to November 11 after much debate in the 1980s.

While the holiday is considered a federal holiday, there are still around nine states that do not recognize it. However, most banks, schools, and government offices including the United States Postal Service are closed. The New York Stock Exchange and NASDAQ are closed as well.

So is it President’s Presidents, Presidents’ Day Mattress Sale?

Well, it depends on who you ask. Technically, President’s Day, no longer fits as we are recognizing more than one president. The Associated Press or AP Style (the journalist’s rule book): Presidents Day has no apostrophe. However, The Chicago Manual of Style states that “Presidents’ Day,” in the plural possessive, with the apostrophe, is the recommended usage.

Okay, Here is How We Got from Presidents’ Day to a Mattress Sale! 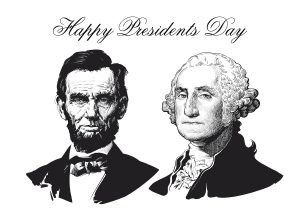 So, once the Uniform Federal Holidays Act of 1971 was in place it gained great support both from the labor unions and public as a way to boost the economy via retail sales. During the 1970s, the US was facing a crippling recession was brought on by astronomical oil prices and government spending on the Vietnam War. To make matters worse Unemployment reached 9% in May, 1975. Presidents’ Day sales became a way to entice worried consumers with deals that benefited both the economy and the public.

Which Presidents are We Recognizing?

While officially the most noted are George Washington and Abraham Lincoln, the holiday is now known as a day recognizing all US Presidents. Celebrations often reflect patriotism with historic reenactments in honor of the day’s earliest recognition.

At Fred’s Beds we are committed to recognizing those patriots whom have served our country and the honor of our history. We also, recognize that serving our community to us, means offering good customer service and great products at affordable costs. Everyone deserves a good night’s and deals to dream about. This year we are excited to offer savings like never experienced before on top of the line, name brand and luxury mattresses.

At our store you can count on the fact that:

All our products (mattresses, beds, linens and pillows) are NEW.

We NEVER use any “switch and bait” tactics.

Our customers are of most importance to us.

You will always find something to fit your budget.

Families (and children) are always welcome…Come check out our kids’ corner!